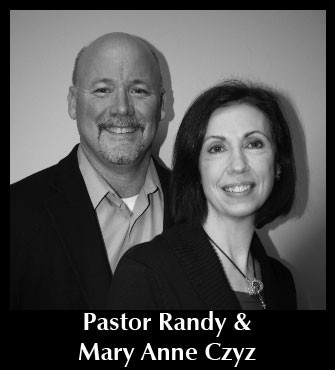 Twenty years ago this fall I was a scared “plebe” (freshman) at the United States Military Academy in West Point, New York. A few months before through the witness of my older brother I made a public profession of faith in Jesus at a crusade in my hometown. Now, as a scared freshman at an incredibly intimidating place, I was in a very vulnerable place spiritually.

And into my life entered a young pastor in his mid thirties named Randy Czyz. He had just the year before planted a church outside the gates of West Point called Highland Falls Assembly of God. An upper-class cadet (who was supposed to be hazing me) named Matt Martin was going to this church and invited me to come with him. Actually he kind of ordered me to come with him. I obeyed. I am so thankful I did. That first Sunday I met Pastor Randy, his wife Mary Anne, and their four children. Aside from my father and big brother, no man has had a greater impact on my life. I soaked up his sermons like a sponge. I feasted on Mary Anne’s lasagna countless times. I watched them raise their kids. I received his rebuke when he learned about my sin. He gave me my first opportunity to speak at a cadet Bible study he led on the campus. I learned how to worship. I learned to love Scripture. I learned what a church family was. It was in this place that the Lord began to stir my heart and plant seeds that would eventually become a calling to pastor and preach the Gospel.

For some reason I was thinking about Pastor Randy this week. I pulled up his church website (he now pastors in the Syracuse, NY area) and subscribed to his podcast. Listening to him preach and hearing his voice again brought me to tears of thankfulness for this man.

Thank you, Jesus, for faithful shepherds like Pastor Randy. You used him in my life in ways he could never have imagined twenty years ago when we first met. His labor of love in that little church plant outside of West Point continues to bear fruit in my life today.