As I mentioned a few days ago, I am reading Dietrich Bonhoeffer’s book Life Together. If you are not aware of Bonhoeffer and his story, I recommend you familiarize yourself with him. He was a German theologian and pastor who left the safety of a teaching position at a seminary in America to return to his native Germany in order to oppose Hitler and the Third Reich. He was eventually imprisoned and hanged by the Gestapo just a few weeks before the end of WWII for his involvement in a plot to assassinate Hitler. He was thirty nine years old when he died. His role in that plot and his writings changed the landscape of Christian ethics in the 20th century.

He wrote Life Together while leading an underground seminary in Germany. It is a classic on Christian community. Below is a quote about the necessity of fellowship in the life of every believer. Contrast his setting and the intensity of his words with our often half-hearted and shallow attempts at fellowship in American Christianity. He writes:

“But God has put this Word into the mouth of men in order that it may be communicated to other men. When one person is struck by the Word, he speaks it to others. God has willed that we should seek and find His living Word in the witness of a brother, in the mouth of man. Therefore, the Christian needs another Christian who speaks God’s Word to him. He needs him again and again when he becomes uncertain and discouraged, for by himself he cannot help himself without belying the truth. He needs his brother man as a bearer and proclaimer of the divine word of salvation. He needs his brother solely because of Jesus Christ. The Christ in his own heart is weaker than the Christ in the word of his brother; his own heart is uncertain, his brother’s is sure.” 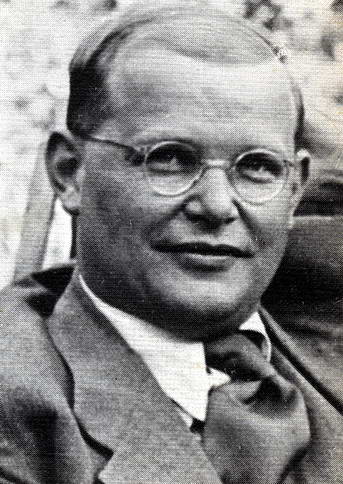