Why is this so important?

1. The devil uses doubt about what God says as a primary weapon. (Genesis 3:1)

3. If the Bible is in fact God’s Words, then obedience to it is of the utmost importance.

B). Special Revelation: (Psalm 19:7-11; 2 Timothy 3:16; Hebrews 1:1-2) distinguished from general revelation in that it is direct revelation from God. Examples include God's direct speech to various people, the incarnation of Jesus, and the Bible. Such revelation is sufficient to communicate the gospel, unlike general revelation, and thus salvation is possible only through special revelation.

Note: The difficulty in knowing and understanding God and what He is communicating is an indictment of fallen humanity, not God.

II. WHAT DO WE BELIEVE ABOUT THE BIBLE?

God supernaturally directed the human writers of Scripture so that, without waiving their intelligence, their individuality, their personal feelings, their literary style, or any other human factor of expression, His complete and coherent message to mankind was recorded with perfect accuracy in the original languages of Scripture.

1). Inspired = God breathed—the Holy Spirit moved upon / directed men to write.  They were not in some catatonic trance like state, but rather through their lives, God miraculously brought about His record through them. (2 Peter 1:21).

“Scripture alone” is the teaching that Scripture is the Church's only infallible and sufficient rule for deciding issues of faith and practices that involve doctrines. While the Bible does not contain all knowledge, it does contain that which is necessary for salvation. While tradition is valuable, it but must be tested by the higher authority of the Scriptures.

1—The Bible is authoritative

2—The Bible is clear

3—The Bible is necessary

4—The Bible is sufficient

III. HOW CAN WE KNOW THAT THE BIBLE REALLY IS GOD’S WORD?

We cannot prove anything, but we can examine evidence and see what it points to.

The Bible stands alone in:

1-Circulation: translated into 400 languages, portions of it into 2,500 languages, many of which would not have a written form without the work of Bible translators.  United Bible Societies report that in 2000 over 663 million portions of Scripture were distributed.

2-Influence: It is by far the most influential, most written about, most quoted, and most referred to book in all of human history.

3-Opposition: no other book as been so burned, banned, and outlawed as the Bible.  One irony of history is that the great French philosopher, who predicted that Christianity would cease to exist 100 years after his death and the only Bibles left would be in a museum.  Within 50 years of his death, the Geneva Bible Society bought his home and used his own printing to print countless Bibles!

This refers to handwritten copies of the Bible before the invention of the printing press in the 1400’s.

The oldest complete Hebrew manuscripts of the OT we possessed before their discovery dated around A.D. 900.  The Dead Sea Scrolls, containing numerous copies of every Old Testament book (with the exception of Esther) were found in caves about eight miles south of Jericho in a cliff near the Dead Sea in 1947 by a Bedouin shepherd boy. The consistency between these scrolls (dated 100 B.C) to the earliest previous OT manuscripts was stunning, and overwhelmingly pointed to the incredible preservation of the text through the centuries.

What if they didn’t copy it accurately?  How do we know we have an exact transmission of the original text?  There are minor variations in some of the manuscripts.  However, less than 1 percent of the words are seriously debated, and none of these affects any matter of truth of doctrine.

Question: So what does this manuscript evidence mean?

Answer:  It does not “prove” that the Bible is actually God’s Word.  But it does put to rest doubt about whether or not we have a very accurate translation of the actual original writings.

“If the New Testament documents were a collection of secular writings, their authenticity would generally be regarded as beyond doubt.” -F.F. Bruce

Contrary to popular opinion, modern archaeology has only served to confirm rather than deny the biblical account. (The New Evidence that Demands a Verdict, McDowell)

“The discoveries found thus far have led scholars, no matter what their religious opinion, to affirm the historical nature of the narratives to the Patriarchs.” –Donald F. Wiseman, author.

“New discoveries continue to confirm the historical accuracy or the literary antiquity of detail after detail…Once more we find that the radical criticism of the past half-century must be corrected drastically.” –William F. Albright, noted biblical archaeologist.

Every apparent contradiction in the Bible has a reasonable explanation. (Encyclopedia of Bible Difficulties, Archer).

The Old Testament, written over a thousand-year period contains approximately 300 references to the coming Messiah. All of these were fulfilled in birth, life, and death of Jesus.

3. Amazing Continuity and Agreement of Message:

The Bible is one beautiful story of God’s redemption of mankind through the work of Christ.  Genesis and the Law speak of fellowship lost.  The Prophets and historical books recount God forming, purifying and redeeming his people through whom final redemption would come. The Gospels tell of Jesus, the Messiah and fulfillment of God’s redemptive plan of salvation in Christ.  The epistles tell of God’s continuing work of sanctifying his people for Himself.  Revelation speaks of the final restoration of all things. From Genesis’ paradise lost to Revelation’s paradise restored, the Bible’s one theme is God’s self-glorifying work of redeeming mankind through Christ.

1. Do not be discouraged that we are not able to “prove” the Bible.  That would in one sense be a contradiction of the Bible.  We walk by faith, not sight. (Habakkuk 2:4; 2 Corinthians 5:7).

2. The earnest, life-long pursuit of obedience to the Bible is not optional for Christians (James 1:22-25).

3. The Bible makes specific and exclusive claims about Jesus and our response to Him.  If the Bible is in fact God’s Word, then there is nothing more important than these claims (John 14:6).

1. The New Evidence that Demands a Verdict, by Josh McDowell

3. How We Got the Bible, by Neil Lightfoot

4. The Historical Reliability of the Gospels, by Craig Blomberg

5. The Canon of Scripture, by F.F. Bruce 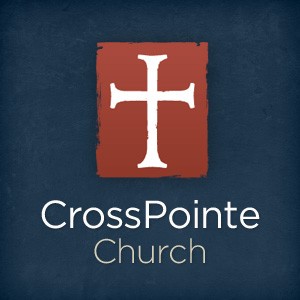 More in “God Wrote a Book”